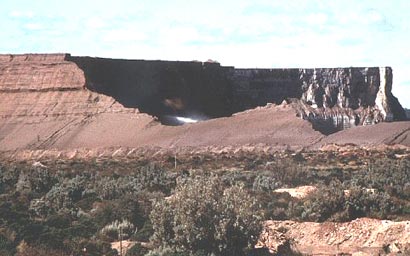 Figure 1: A monitor internally erodes part of the tailings embankment (Courtesy of Newmont)

The Kaltails project was established to reprocess and move tailings dumps from the Boulder and Lakewood areas of the city of Kalgoorlie. The operations ceased in September 1999 and had been ongoing for just over a decade. The tailings dumps were hydraulically mined, reprocessed and stored in an engineered impoundment located 10km south east of Kalgoorlie. From the 60 million tonnes of tailings mined 695,000 ounces of gold was recovered by Carbon-in-Circuit (CIC) and Carbon-in-Pulp (CIP) leach and absorption circuits (Kaltails 1998; Normandy 1998). 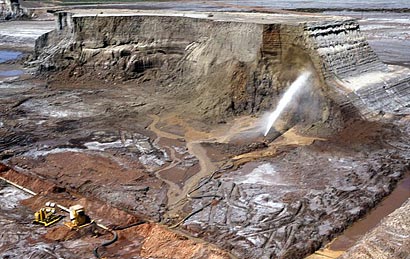 Of the 333 hectares of land that was hydraulically mined, 262 hectares will be used for waste rock storage from the Kalgoorlie Consolidated Gold Mines (KCGM) superpit. The remaining 71 hectares have been contoured, seeded and revegetated.